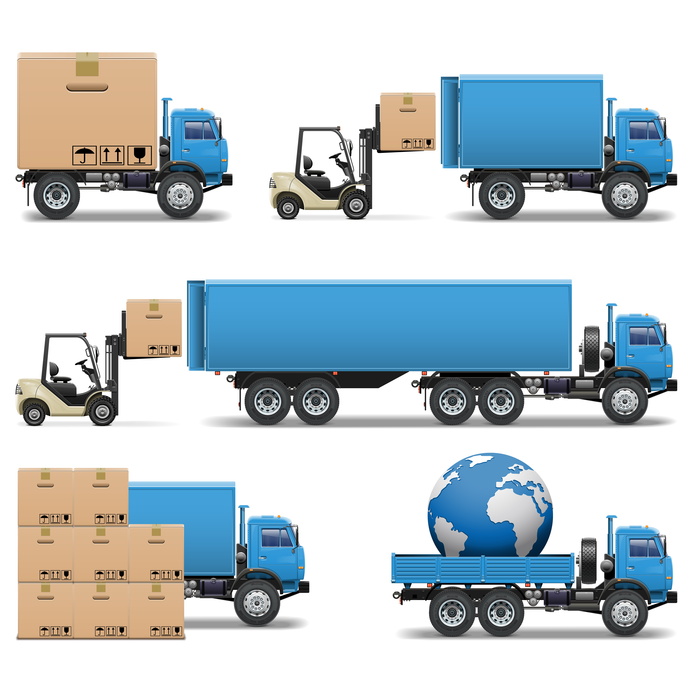 Forklift trucks, commonly called simply “forklifts,” are a powered industrial truck used to lift and move materials over short distances. Manually powered hoists were the forerunner to the modern forklift. These were used to lift loads on and off of railway cars.

The first real forklift appeared in 1906 when the Pennsylvania Railroad developed battery powered trucks for moving luggage at the train station in Altoona, Pennsylvania. A few years later, Ransomes, Sims and Jeffries in the United Kingdom began experimenting with different types of forklift prototypes. As World War I began, the development of the forklift was accelerated, necessitated by shortage of labor to move materials. By the end of the war, American company Clark had developed powered lift tractors for use in their factories.

The inter war period was important for the development of forklifts. Some important innovations to come out of this time include hydraulic power, the development of the first electric power forklifts, and the adoption of standardized pallets. Indeed, international forklift interest was beginning to take off.

World War II, much like World War I, again required the use of forklifts to make up for labor shortages. Warehouses began to become more and more organized during this time, in part because of the ability of forklifts to move materials and reach heights that manual labor alone could not. One innovation to come out of World War II was the narrow aisle electric reach forklift. This allowed warehouses to be even more densely packed.

Today, forklifts are an essential part of any warehouse operation. If you would like more information on new or used forklifts sales, forklift repair, or forklift rentals, then contact a forklift company today. You can find the nearest international forklift company by searching online or looking in the yellow pages. Continue reading here.