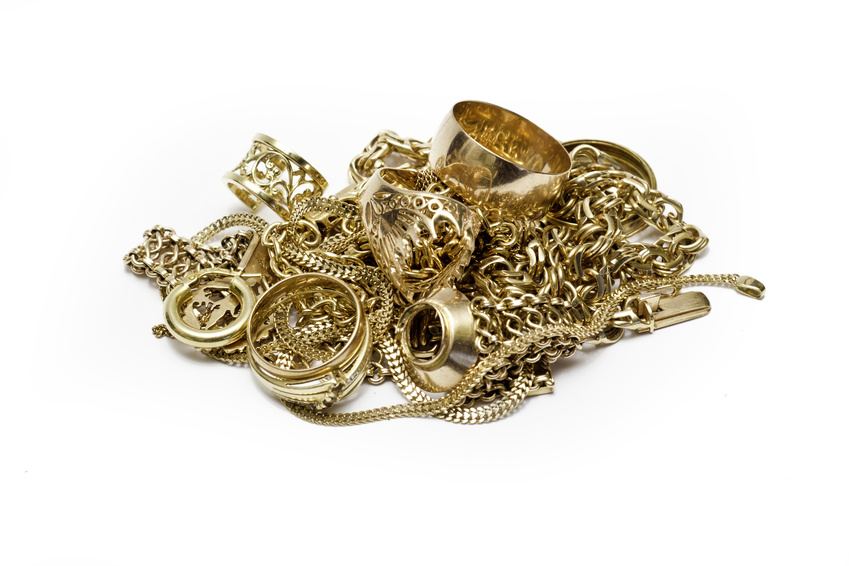 Gold has consistently occupied a very particular place in the American cultural and historical landscapes. We’ve seen countless cartoons, films and other media representations of large-bearded prospectors digging their way through the California mountains with pickaxes, all to get their hands on those sweet, shiny rocks. The San Francisco 49ers are even named after the famous gold rush of the 19th century.

But the greatest reserves of gold aren’t in the hills of the Golden State. If fact, they aren’t even found on land at all. In order to obtain the biggest pile of gold loot anyone’s ever seen, you’d have to go deep — really deep — into the ocean. No one has done this yet, however, and it doesn’t look like they will, for one main reason: The cost of extracting it would be more than what the substance is actually worth.

It looks like the prospectors of the world will have to stick to pickaxes and panning tools. However, most modern gold collectors today won’t be found out in the dirt of California; they’ve actually set up shop in antiques and collectible shops. In fact, there are score of gold and diamond buyers to be found lining the streets in any number of major cities across America.

Though gold isn’t presently used as currency in the United States and other nations, gold used to be one of the most sought-after substances on the globe because of its rarity. This unique characteristic led gold to become one of the earlier currencies and, later, a relative standard for currency equivalents. Today, offering up gold for sale can land a pretty big profit when you find the right buyers.

Gold’s physical properties are actually very astonishing. You can beat a single ounce of it the size of a quarter into a long, thin sheet that spans roughly 100 square feet. This is why gold can be used for so many different pieces of jewelry in multiple shapes, and why there have been gold bars, coins and other physical forms of currency over the years.

Why should you seek out a buyer and offer up your old gold for sale? For one thing, you never know how much it’s worth until you bring it in and get it valued. Say your great-grandmother owned a beloved gold pocket watch that she passed down as a family heirloom. It could date back to the early 20th century, making it an antique and a collector’s item. Showing up to a gold sale buyer and offering up your unique old pocket watch can open up a door of tremendous returns.

No matter what pieces of history you might have stashed up in your attic, getting them valued often costs nothing at all. So, what do you have to lose? Bring in your old gold for sale and see what surprises are in store. Find out more at this site.